I’ve been experiencing a writer’s block the past several weeks. For several years, my research on gender equity has focused on the systemic nature of the issue. More than just a research interest, my understanding of how environment, structure, process, culture and individual behaviors create recursive influences has informed my professional work in succession planning, talent development, performance and organizational change, as well as individual coaching with female leaders. But with the issue skyrocketing since the explosion of #MeToo last fall, I’ve found myself at a loss of how to write about the complexity of the issue in a way that is meaningful and actionable.

Of course, gender bias isn’t the only diversity issue facing companies in this new environment: diversity as a business imperative has emerged as a critical and high visibility priority. Women aren’t the only ones speaking up, and behaviors that marginalize and limit the potential of anyone who isn’t a heterosexual white male are being called out—frequently and loudly. Not surprisingly, backlash is also growing amidst these trends. In raising important awareness of deeply ingrained norms and structures that demonstrate hidden obstacles for women, people of color, the disabled, LGBTQ and even those with neurodiversity, it is really not surprising that many white men feel personally “blamed” and defensive for these culturally embedded inequities.

Underlying all these challenges, it seems to me, is the uncomfortable revelation that the workplace (and of course, the larger societal culture) is not, in fact, a meritocracy. 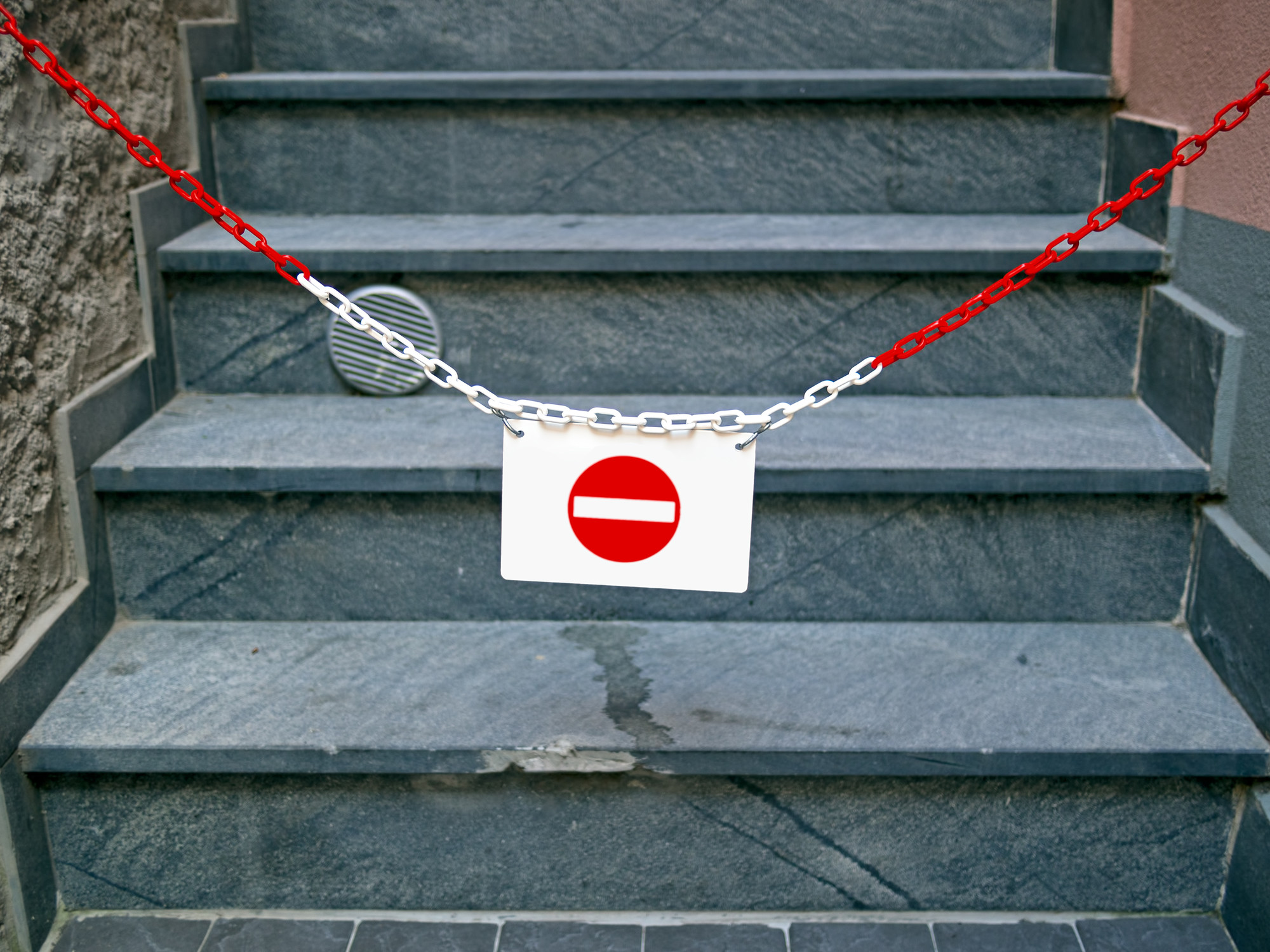 The American Dream is supposed to enable anyone to succeed regardless of their “station” or heritage or disadvantage if they only worked hard and applied themselves. We have laws that are supposed to make sure that gender, race, sexual orientation and disability are not used to limit this access to the American Dream. Every time a minority is spotlighted for succeeding, however, the illusion of equity is reinforced. “Tokenism” is perceived as equality. What movements like #MeToo and Black Lives Matter have demonstrated however, is that laws alone do not ensure a level playing field, and equality is far from being a realized ideal.

I had a discussion with a (white male) friend a couple weeks ago and suggested that instead of talking so much about diversity, perhaps instead we should talk about how to ensure a meritocracy. Merit is, after all, the foundational driver of equal opportunity in a western democracy. He suggested however, that focusing on the validity of merit-based success would only further put men on the defensive, thinking the legitimacy of their own hard work and success were being challenged. I agree with him in principle; white men and black women are both capable of “beating the odds” against significant disadvantage and one can easily find stories of both. Stories, however, highlight the exceptions and the fact remains that the barriers and obstacles faced by a woman of color are substantially greater in number and severity. More importantly, focusing on the unlevel playing field still leaves the dilemma of how to shift past a zero-sum mindset. How do we create truly inclusive environments where assuring opportunity for one group isn’t seen as a threat to someone else’s opportunity? How do we break the perspective that the economy and our society are a fixed and limited resource?

A couple weeks ago, an acquaintance was lamenting about changes at his workplace because of a recent merger and the appointment of a new c-suite—saying the new executive team was “aggressively feminized” because it was now a majority (just over half) women. (I wondered if the company’s long history of a totally male c-suite was ever considered “aggressively masculinized.” I didn’t ask.) Clearly, he (and from the conversation, many of his male coworkers) are feeling like their opportunities and security are at risk. But, as a popular meme points out: “Equal rights for others does not mean less rights for you. It’s not pie.” Inclusion means, well, inclusion. It’s not a mutiny. It’s not a hostile takeover. Nobody wants to take away anyone’s hard-earned success or effect a coup to give disabled genderqueer Latina women power over white men. It’s just a call for meritocracy. A disabled, genderqueer Latina woman from the barrio should have no more obstacles to her career than the middle-class cisgender white guy does.

The “victim” backlash is pervasive on social media comments. Drawing attention to discrimination, bias, and institutionalized barriers are countered by labeling these efforts as “playing the victim.” Raising awareness of unfair obstacles and disadvantage does not make one group of people “victims” or another group oppressors. This raises another dilemma for me: How do we raise the dialogue past individual versus structural solutions to truly systemic interventions?

“Equal rights for others does not mean less rights for you. It’s not pie.” Inclusion means, well, inclusion. It’s not a mutiny. It’s not a hostile takeover. Nobody wants to take away anyone’s hard-earned success. 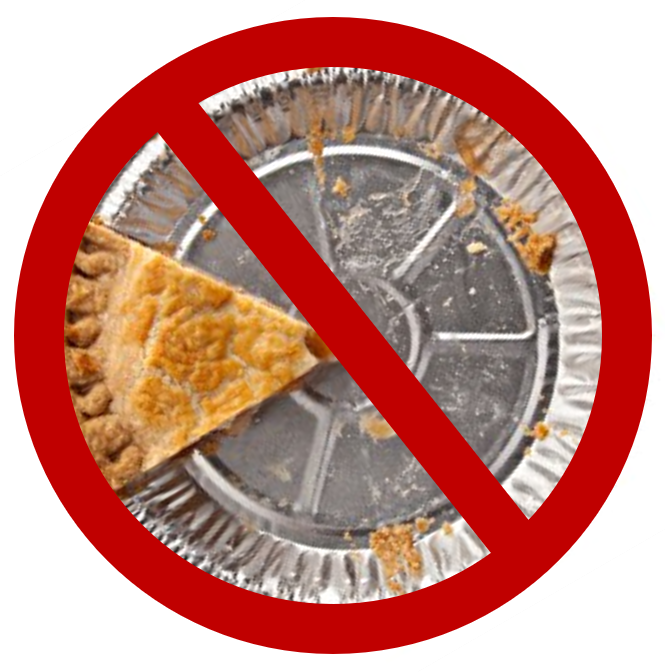 I’ve had the privilege to review a pre-publication version of “The Inclusive Economy: How to Bring Wealth to America’s Poor” by my brilliant friend, Michael Tanner at the Cato Institute, whose professional focus is on poverty and social welfare. Even without using language from the systems sciences, he illustrates the systemic complexity of poverty effectively throughout the book, and points to changes needed in the criminal justice system, education and even housing as leverage points for improvement beyond ineffective anti-poverty programs. As a systems thinker, I have typically considered culture a part of the system structure, while Michael aligns culture to its influence on individual choice and behavior, which has shifted my own perspective on the nature of the system and its environment. Michael differentiates cultural, individual and structural impacts on poverty as well as how solutions must focus on all of these variables.

The same dilemma can be seen in the systemic nature of inequality in the workplace. Corporate programs such as flextime are ineffective when the culture equates employee value with “always on” work expectations. A 2004 study by Catalyst revealed that only 15% of women (and only 20% of men) believe they can use flextime without negatively impacting their career. Women are encouraged to “Lean in” and speak up yet are caught in a double bind when they self-advocate. Women have been told to go elbow-to-elbow with men and then are given feedback about their “aggressive” communication 2.5x more often than men. Equally common are women who are intensely driven and competent in their field but are hesitant to negotiate for themselves. Black men are told to get an education, work hard to achieve success and status, and yet will have the police called on them for jogging in their own middle class neighborhood. Studies show how resumes with “white-sounding” names are given callbacks more frequently than resumes with “black sounding” names. Women are being encouraged to pursue STEM (science, technology, engineering and math) careers which are most likely to facilitate advancement into executive leadership positions, but still find themselves conflicted between career ambition and the demands of family and domestic care and emotional labor at home.

The bottom line is that strategies to address messy, systemic problems must include strategies for addressing structure (including the “rules” of the structure such as policies and laws), processes/practices (which may be more influenced by culture than rules) and individual agency. The argument over whether obstacles are individual or structural is ultimately an erroneous distraction. There aren’t victims here, nor are there villains.

My shifting perspective (at least today) is that the question is not really one of the value of diversity, but how to create environments that are inclusive. Inclusion is typically defined as a culture that embraces and values differing perspectives and diverse people. The “business case” for diversity, we are reminded, is that diversity triggers innovation and that diverse workplaces out-perform more homogenous companies. That definition of inclusion however, is more of a description of an idealized culture which may or may not be realistic, or practically actionable given the influence of societal cultures on the organizational culture. To me, workplace inclusion should focus on higher systemic leverage points by ensuring structures, rules and practices create a legitimate meritocracy and level playing field for all employees. This definition conveys that civility and respect are behavioral expectations regardless of personal prejudices or even unconscious biases. This understanding of inclusion allows for disagreement among diverse people with conflicting perspectives and enables healthy dialogue and debate. Working in such a diverse environment will enable people to value and embrace those who are different from themselves. Culture is a value-driven system; since it is not practical to “force” individuals to value all forms of diversity, focusing on behaviors that ensure physical and psychological safety and respect will facilitate environments where diverse people can work and collaborate together, get to know each other, and break down deeply held stereotypes and prejudice.

Workplace inclusion should focus on higher systemic leverage points by ensuring structures, rules and practices create a legitimate meritocracy and level playing field for all employees.

Inclusive workplaces acknowledge the cultural influences that impact individual agency and provide support to women and other minorities who may continue to face obstacles in the larger society and at home even as they “lean in” or try to “pull themselves up by the bootstraps.” Inclusive workplaces may strive for a culture that embraces and values diversity, but more practically provides the conditions for such a culture to evolve.

Learn more about me at my professional bio and consulting overview.